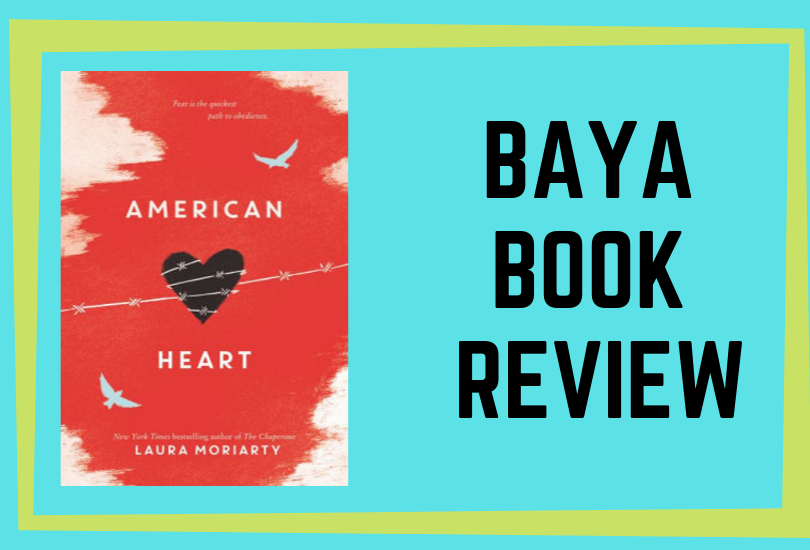 Sarah Mary is a stereotypical ignorant white American teen but that doesn’t mean her life is perfect. At 16 she has a dead father, a mother who abandoned her, and now she lives with a strict religious aunt who has enrolled her in a school where she has to raise a small American flag if she wants permission to go to the bathroom. She’s miserable and wants out of Hannibal, Missouri, something she simply has to endure until graduation. But when her younger brother makes her promise to help a Muslim woman they come across unexpectedly, her life gets too complicated. Especially because this is a future America where Muslims are not only required to register, they are detained and sent to live in quarantine in Nevada. This woman (who Sarah Mary decides to call Chloe) is determined to escape the requirement and find her way to Canada. Sarah Mary doesn’t want to help and is convinced there must be something bad about this person who is supposed to be in Nevada. But she won’t break a promise to Caleb and what ensues is an odd-ball buddy road trip that is part comedy and part social commentary with a fair bit of heart. Will they make it to safety? Will Sarah Mary get in trouble for helping? Will she learn something along the way?

This book is at once funny and thoughtful about what it means to be complicit in structural racism. It has many of the hallmarks of a white savior story, told exclusively from Sarah Mary’s perspective and literally silencing Chloe along the way by having her pretend to strangers that she is Portuguese and speaks no English. Chloe does have opportunities to speak up and through those moments begins to break down stereotypes and internalized biases for Sarah Mary and she begins to understand that her long-steeping in subtle and overt racist structures of American society and the religious world in which she was raised has caused her to perpetuate that same racism in overt and harmful ways. Her interactions with Chloe are eye-opening and help her confront her own biases and the ways she has hurt others through her willful ignorance.

This is not a book about Muslims and is clearly Sarah Mary’s story. While Chloe gets to teach readers some limited things about her way of living as a contemporary Muslim woman, they are few. What value this book has comes from exposing the dangers of complicity in a broken system and pushing forward the obligation each person of privilege has to confront their own role in the system, the assumptions they make, and then to start tearing it apart from where they are, one human at a time.

This book has no swearing, no sex, and only limited violence. There are dangerous situations and alcohol consumption but nothing that would prevent its inclusion on most middle school shelves. Problematic for its white-centered narrative, this book will be most valuable in places where people live comfortably in privileged communities and find themselves questioning the need for ongoing discourse about challenging authority and addressing systemic oppression.