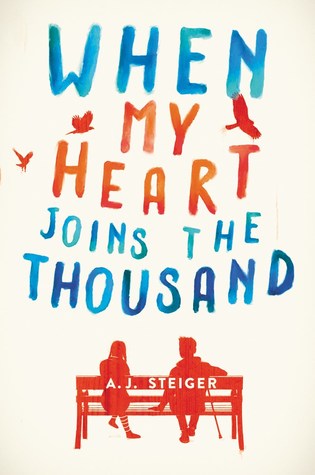 Alvie Fitz is a 17 year-old who’s had many terrible experiences with institutional medicine and foster care systems and is now living on her own. Her goal is to make it to 18, become a legal adult without problems, or get the judge involved in her case to grant her full emancipation. Both paths require her to keep her job, pay her rent on time and in general fly below the radar. But her life changes drastically when sitting in the park across from her apartment she meets Stanley. He is another park regular, a boy with a cane, and Alvie sees him toss his cell phone into the nearby duck pond. She retrieves the phone and, against her better judgment, ends up contacting him. This begins a complicated relationship made even more difficult by Alvie’s haunted past and inability to read social cues caused by Asperger syndrome and Stanley’s own physical disability, brittle bone disease.

This is a beautiful and difficult story. Both characters have an emotional depth not usually found in a teen romance. Like Rainbow Rowell’s Eleanor and Park this title transcends the genre by addressing multiple issues in a believable way. Among many significant things is that it shows how easy it is to become homeless, especially for those aging out of foster care or becoming an emancipated minor. Alvie’s reflections on her educational foray into internet videos to see how sex works are not overly graphic but they will be enough to keep this title off middle school shelves. Characters are assumed white, but other forms of diversity including ability and economic background are prominent.